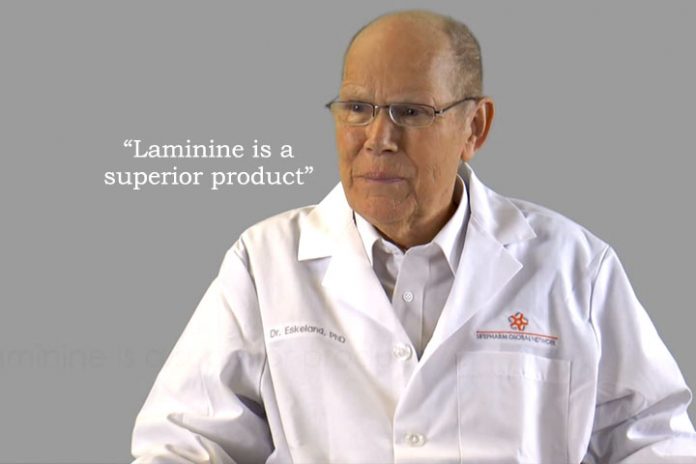 The founder of YTE

Dr. Bjodne Eskeland (also spelled as Bjøedne) was the founder and creator of the Fertilized Avian Egg Extract, known previously as YTE or Young Tissue Extract. He was born on January 15, 1939, Norway. He was the author of “Norway’s Anti-Aging Miracle”.

Professor Eskeland received a Master’s Degree in Science at the Agricultural University of Norway in 1964. He came to the United States for his graduate studies and completed his Ph.D. in Animal Nutrition at the University of Missouri-Columbia in 1971.

DISCLAIMER: The information in this article is based on existing video interviews of Eskeland, Mortensen and other external materials gathered from the internet and has not been collaborated with the persons involved.

Dr. Eskeland has spent a great deal of his professional life working in the egg industry in Norway. In the 1990s, he hypothesized that there existed in incubated and fertilized eggs a special protein fraction that could help increase and enhance the human body’s natural testosterone production, naturally, without testosterone supplementation.

He then teamed with Nils Christian Mortensen, an Engineer by profession and founder of Med-Eq. Together, they developed the procedure to extract this special protein from fertilized eggs. However, from sourcing its ingredient in Norway, Laminine ingredient is sourced directly in the USA today to better logistics, while retaining the same high-potent quality of the protein.

Rediscovering the benefits from fertilized eggs was Eskeland’s life work.

“I have spent a great deal of my professional life working in the egg industry in Norway. In the 1990s, I hypothesized that incubated and fertilized eggs contained a special protein fraction that could help increase and enhance the human body’s natural testosterone production, without supplementation.

“I then teamed with Nils Christian Mortensen, and we developed the procedure to extract this special protein from fertilized eggs. Once the procedure was perfected, we began testing the extract on human subjects, with very positive results” – said Dr. Bjodne Eskeland. (Source: Norway’s Antiaging Miracle Brochure)

Dr. Eskeland spent a great deal of his professional life working in the egg industry in Norway. During the 1990s with the help of Nils Mortensen who has access to medical equipment. In 2006, he published a short summary of his research on Young Tissue Extract and branded it as YTE®. He partnered with Amerikal Nutraceuticals Corporation (ANC), a company based in the USA.

However, ANC, which was classified as a producer of health raw materials, did not fully materialize the introduction of YTE supplements in the USA at this time. [Needs authentication]

Although John Ralston Davidson should technically own the rights for the egg extract, he chose not to patent the formula. Decades later, it was registered and patented as YTE®, apparently with or independently between Eskeland and Mortensen.

In an interview in 2014, Mortensen said that he bought the patent in 1994 from the Norwegian government (Food Research), when at that time he owned 50% of Medeq. The company was based in Norway which supplied the base ingredient YTE for LPGN for a short time until LPGN was able to produce its own version through Eskeland in the United States. Eskeland died on June 28, 2015.

Medeq who supplied the base ingredient YTE for Laminine was having difficulties supplying one of the raw materials. It was then that LifePharm (LPGN) invited Dr. Bjodne Eskeland to be on board LPGN. After all, he was the author and founder of YTE and his knowledge in this specific ingredient contributed immensely in LPGN coming out with its own formula called Fertilized Avian Egg Extract or FAEE.

With a new way to extract YTE, Dr. Eskeland together with the LPGN Research Team was able to create the best egg extract formula. Instead of YTE, it was referred to as an incubated Fertilized Avian Egg Extract (FAEE). The proper blend of FAEE with other ingredients has positioned Laminine to be a superior product compared to other YTE products.

The relationship between Dr. Eskeland and LPGN began many years earlier. He was an important consultant and scientist in LifePharm Global Network. His research on YTE was the foundation for developing Laminine’s OPT9. He was set to visit the Philippines in September 2015 unfortunately, Dr. Eskeland died the same year.

Dr. Bjodne Eskeland died on June 28, 2015. He will always be remembered as the founder of YTE, a man whose contribution to egg research has saved lives. A great researcher, scientist, and friend of LifePharm Global Network.