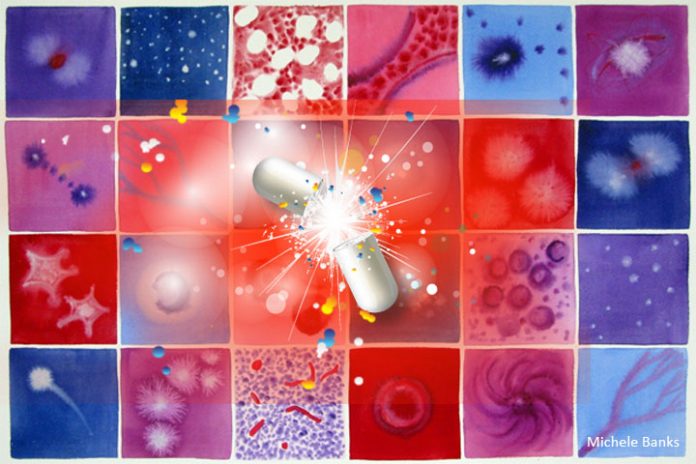 Damaged cells like cancer are caused by mutations and altered gene expression, in a process called malignant transformation, resulting in an uncontrolled growth of cells. (A6) Cancer arises from one single cell and the transformation from a normal cell into a tumor cell is a multistage process, typically a progression from a precancerous lesion to malignant tumors. (Source: WHO)

Many cancers can be prevented by not smoking, eating more vegetables, fruits, and whole grains, eating less meat and refined carbohydrates, maintaining a healthy weight, exercising, minimizing sunlight exposure, and being vaccinated against certain infectious diseases. Early detection through screening is useful for cervical and colorectal cancer. The benefits of screening for breast cancer are controversial.

Cancer is often treated with some combination of radiation therapy, surgery, chemotherapy, and targeted therapy. Alternative treatment using organic or herbal concoctions are difficult to quantify and recovery is very rare. In a few cases, the patient may even be feeding cancer cells through this alternative.

Dr. John Ralston Davidson, a Medical Doctor in Manitoba, Canada discovered a way to extract the ‘life-essence’ from a 9-days old fertilized avian egg. Dr. Davidson was intent on finding help for his cancer patients. He was confident that the nutrition derived from the egg tissue can help his patients.

The discovery of Dr. Davidson was controversial and instead of getting government support, his egg protein research was ridiculed and even became a subject of the House of Commons debate in 1944.

Dr. Bjodne Eskeland from Norway took on the research of Dr. Davidson in the 1980s. He is a Ph.D. in Animal Nutrition, University of Missouri, Columbia who served as a visiting professor at the University of California, Department of Nutrition. Like Davidson, Dr. Eskeland was confident on the positive effect of Young Tissue Extract (YTE) on restoring the health of damaged or aging cells, tissues, or organs.