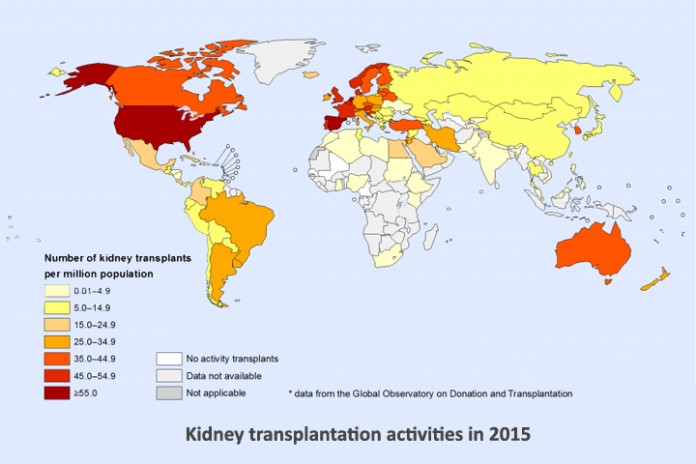 Over 2 million people worldwide currently receive treatment with dialysis or a kidney transplant to stay alive, yet this number may only represent 10% of people who actually need treatment to live. Of the 2 million people who receive treatment for kidney failure, the majority are treated in only five countries – the USA, Japan, Germany, Brazil, and Italy. These five countries represent only 12% of the world population.

Kidney failure has become a rising endemic that has affected lives even of younger of males or females. It will be striking to know that Chronic Kidney Disease (CKD) and those having dialysis have reached the teens to the early 20s bracket.

The kidneys perform life-maintaining functions as monitors and regulators of body fluid. They excrete fluids when the body has an excess of them and retain the substances necessary for the body’s continuing function. They produce and release a variety of chemicals to keep the body healthy and filter the entire blood supply every two minutes, excreting waste materials through the urine. Kidney problem should never be neglected by anyone. [A]

In the Philippines, kidney disease is the 7th leading cause of death and about 24,000 Filipinos undergoes dialysis each year.

In countries like Australia, only one in three Australians is at an increased risk of developing chronic kidney disease but more than 40% of people over the age of 75 have an indicator of chronic kidney disease. [B] While in Japan, the prevalence and incidence of end-stage renal disease are the highest and the third highest in the world. [C]

The UK has began with low indications with only about 9% of the adult population estimated to have the disease in 2010. But the prevalence of CKD in 2015 was almost around 2 Million in the adult U.K. segment from 18 years old and above.