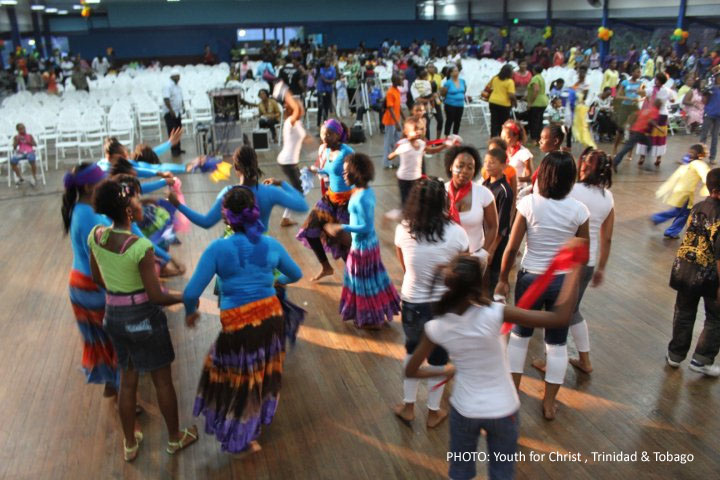 There is an explosion of Type 2 Diabetes Mellitus or T2DM in Trinidad and Tobago and a few other countries in the Bahamas and Caribbean Islands such as Cuba, Haiti, Jamaica and Dominican Republic. It is now the second leading cause of death in Trinidad and Tobago or T&T. These are attributed to both genetic predispositions and sedentary lifestyle.

Many middle and low income countries have more people under the age of 60 with diabetes compared to the world average. Meanwhile, for high-income countries, a growing population over the age of 60 makes up the largest proportion of diabetes prevalence. With the growing affluence in Trinidad and Tobago, sedentary and diet are contributing to the epidemic.

The increase in T2DM in children is influenced by obesity which is now classified as an epidemic. In Trinidad and Tobago, access to a variety of unhealthy junks have proliferated. A cross-sectional study by Batson et Alin 2001 demonstrated a prevalence of 5% obesity in schoolchildren attending secondary schools in Trinidad and Tobago. By comparison, in an ongoing study a decade later, observed prevalence of obesity rose to 15%. (Source: IDF.org)

School test for T2DM in Trinidad

The government sponsored test exceeds the expected worst results. The group actually hoped for finding only one positive glucose test for every 10,000 children screened, but the overall average prevalence was triple at 3.2 for every 10,000.

Contrary to countries like Japan, similar screening method showed a 2.63 for every 100,000 population in the 6 to 15 years old bracket.

The rising obesity is linked to the increasing frequency of diagnosis of diabetes in children. An early intervention through a change in diet or food supplementation for kids and young adult thus make sense. Recognition and awareness of the problem can halt adult diabetes and demote Trinidad’s ranking as the fifth ‘fattest’ nation globally. (Source: UWI Today)

Recognition and awareness of the problem can halt adult diabetes and demote Trinidad’s ranking as the fifth ‘fattest’ nation globally.

Epidemic among adults in Trinidad

There is an explosion of diabetes in Trinidad and Tobago and the Caribbean and it is now the second leading cause of death in T&T. Awareness that what they eat may lead to high levels of sugar, encouraging in an increase in prediabetics, is very low. Even food supplementation to arrest or control blood sugar in T&T is neither popular and a healthy lifestyle has not permeated in the society in general. Diabetes, which is now being described as an epidemic in the medical world, is also the leading cause of adult blindness in T&T. The alarming news was disclosed at a news conference at the Hyatt Regency Trinidad yesterday to launch a White Paper titled “The State of Individuals with Diabetes and their Healthcare in the South-West Region of Trinidad and Tobago”.

The study found that there are shortfalls in the public health care system in the treatment of people with diabetes. Further, people with diabetes themselves have not been adequately responding to the system, it was revealed. According to the White Paper, diabetes affects an estimated 150,000 people in T&T and the numbers are growing, with 1,000 new cases every year. “T&T has been severely affected by the epidemic of diabetes. It is, arguably, among the countries with the greatest burden of this disease,” the White Paper report.

The numbers affected with the T2DM disease in Trinidad and Tobago represent an adult diabetes prevalence of 12-13%. According to Dr Claude Khan, president of the Academy of Diabetes Clinicians of T&T, who spoke at the conference in Port of Spain in 2012.

The president of the Academy of Diabetes Clinicians of T&T further said in the conference that the alarming figures in T&T triple those in the United Kingdom and almost double those in the United States. It was also noted with great importance that diabetes is also the leading cause of adult blindness in Trinidad and Tobago.

“Reasons for the high prevalence of diabetes in T&T include the genetic predispositions of its predominant ethnic groups, as individuals of both East Indian and African descent are known to have high rates of diabetes,” according to the research. Other important factors contributing to the high prevalence of the disease in T&T are increased calorie intake and more sedentary behaviour which comes with increasing affluence, the study stated.

Because individuals with diabetes most often die of cardiovascular and renal disease and not from a cause uniquely related to diabetes such as hypoglycemia or diabetic ketoacidosis, statistics based on death certificates most often underestimate mortality from diabetes. (Source: Diabetes Epidemic in T&T by Nicholls 2010)

Consolidating several research and statistics, it appears that the death by Diabetis complication should pose an alarm, specially to parents who have prediabetic children.

What parents can do to help prediabetic children

Complications from diabetes include heart disease, stroke, blindness, amputations and end-stage renal failure. “For heart disease, a leading cause of mortality in the country, approximately 65% is attributable to pre-existing diabetes.”

It is therefore obvious that it has to start with the parents to arrest the change. Parents with children suspected of pre diabetes can do the following:
1. Adapt a daily diet that incorporates high fiber and vegetable dishes.
2. Let the children, specially the teens to join sports activities in school.
3. Take a natural food supplement that helps control blood sugar.

→ Know more about Laminine Food Supplement in Trinidad and Tobago