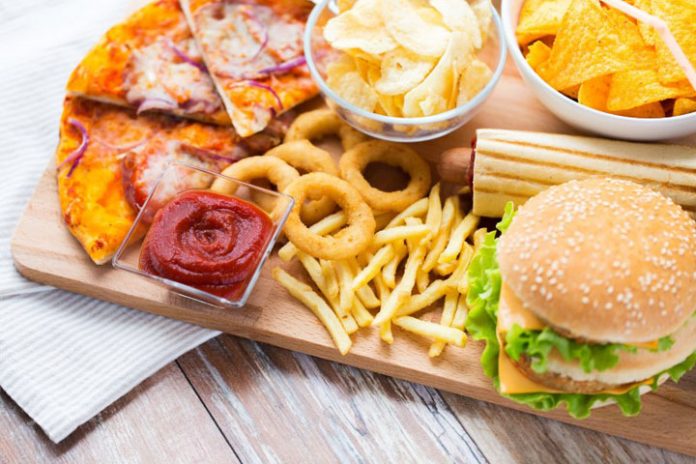 Commercially preserved meats by smoking, curing, or salting contains chemical preservatives. These include both canned meats wrapped neatly in plastic bags and sold in groceries. Studies show to increase the risk of colon cancer. If an ingredient says “sodium nitrite,” should you drop it?

A 2005 study from the University of Hawaii found that processed meats increase the risk of pancreatic cancer by 67%.

Hot dogs and commercially sold chicken nuggets are made up of meat scraps, including organs, nerve tissue, bone pieces, and other unsavory animal parts. Nuggets and other “steak-like” meats may look like “real meat” but are actually pieces of scraps glued together using “meat glue”.

This meat or animals likely have been fed grains treated with hormones, antibiotics & pesticides. According to the World Cancer Research Fund (WCRF), after conducting 7,000 clinical studies said that people should stop eating all processed meat products for the rest of their lives. The list includes other popular processed meats such as bacon, ham, pepperoni, salami, and all red meat sold commercially in supermarkets.

Nearly everyone knows soda is bad, but people can’t help themselves drinking it. Aside from sugar and artificial ingredients, soda has no nutritional benefit but only calories that can make you fat. It’s good to remind yourself that soda can be used to clean tiles as it is corrosive. A study from the University of Minnesota found that people who drank as little as two soft drinks a week faced almost double the risk of pancreatic cancer. Dark-colored sodas contain a chemical known as 4-methylimidazole (4-MI), a byproduct of chemical processing used to create the artificial dye that gives these sodas their color. Studies have linked 4-MI to cancer.

Chips are normally high in salt and contain trans-fats, sodium, artificial flavors, and preservative. Chips are also cooked in high temperatures causing carcinogenic substances like acrylamide to form. Acrylamide is also found in cigarettes. If you can’t help it, consider that it will take an hour to burn a few chips in your mouth. Something to consider if you’re trying to lose weight.

Replace it with baked chips like potato, carrots, and pumpkin. Season it naturally with Bragg’s, dash of salt, and cayenne pepper.

The popcorn may seem less harmful but the lining of the bag is laced with chemicals components such as perfluorooctanoic acid (PFOA). The research found that it may be linked to human infertility, according to researchers at UCLA. The chemical can also cause liver, testicular, and pancreatic cancers. Microwaving causes the chemicals to vaporize and go into the popcorn. Manufacturers have promised to phase out PFOA by 2015. Until then, avoid microwave popcorn.

Buy old-fashioned classic corn kernels that you can pop using fire and pot. You can season it with real cheddar, a dash of salt and butter. The taste is even a lot better.