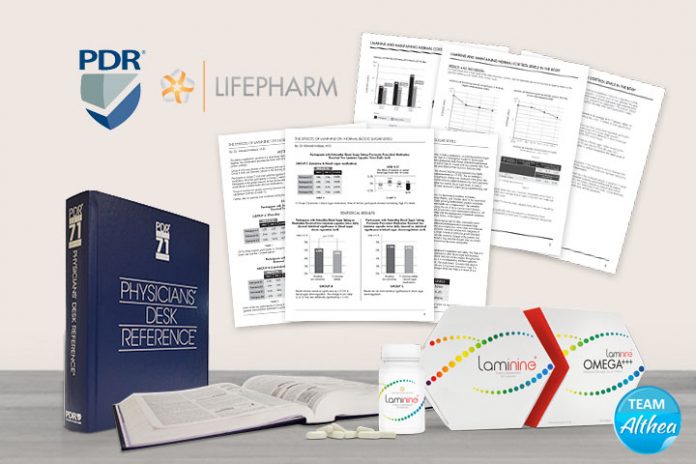 The avian egg is an important source of nutrients, containing all the proteins, lipids, vitamins, minerals and growth factors required by the developing embryo, as well as a number of defense factors to protect against bacterial and viral infections. Moreover, eggs are now understood to contain substances with biological functions beyond basic nutrition, and extensive research has been undertaken to identify and characterize these biologically active components (Kovacs-Nolan J, Philips M, Mine Y)

Advances in the value of eggs and egg components for human health.

J. Agra Food Chem. 2005; 53:8421-31) YTE™ is a patented extract from fertilized, partially incubated hen eggs, obtained through separation of oligopeptides from the total mass. These have molecular weights of 0.5 – 1.8 kD and are able to pass freely through the digestive barrier. These embryonic peptides work via elevation of 17-ketosteroid levels in the adrenal glands which improve anabolism through increased synthesis of androgens and a decrease in the catabolic hormone cortisol, which offers multiple benefits. Initially, a less processed powder using the whole content of the egg (excluding shell) was used. The administration was in powder form in sachets.

The taste of the product was not considered acceptable to the public. Later (from 1999) separation of inactive parts was performed before further processing, hence providing a more concentrated powder. This was first planned for use in tablets, but putting it in tablet form proved difficult due to hygroscopic properties.

The present product in hard-gel capsules has been on the market since 2001. The difference between the original powder (as used in clinical work prior to 1999) and the current product equates to 1:1.79, i.e. that 1.79 g of the old product corresponds to 1 g of the currently available YTE™.

Initial trials with the original product were of experimental character and have not been reported. These gave, however, grounds for expectations of libido enhancing properties, improvement of stamina and muscle strength, mood enhancement and also other properties.

The first structured studies were performed during 1992 (ref 1) in order to investigate the effects on sexual desire with a follow-up during 1992/93 (ref 2) with the same purpose. Both of these studies were double-blind, placebo-controlled studies. These two studies were published in an article in the Journal of International Medical Research in 1997 (ref 4) together with the conclusions of an open post-marketing study performed in Sweden (ref. 3). This last study supports the findings of the two placebo-controlled studies, but cannot be used as documentation alone.

As it is known that antidepressant medication often leads to decreased sexual lust and performance, a small pilot study in patients on antidepressant medication (SRI) for a minimum of 6 weeks was performed in Denver, Colorado during 1996/97. Although a small sample size, this study gave statistically significant results. It is believed that the increase in serotonin levels was enough to induce a sense of happiness (Ref 5)

At the same time, an animal study was performed in Japan in order to study the effects on the sexual behavior of YTE™ in rats. The results of this study are consistent with the findings in the human studies – further documenting the findings that YTE™ has a stimulating effect on the sexual desire and behavior. (ref. Pre-clinical trials)

The two Laminine clinical studies on YTE for stress and anti-depressant concluded that YTE selectively improves adaptation to acute stress by normalizing the endocrine and the subjective stress response and that YTE might have a place in the treatment of mood disorders as a supplement to drug treatments used today. It can also be stated that YTE™ strengthens the effect of creatine and this may be of value to people exercising and building muscles. (The Norwegian Army study also indicated that YTE™ alone gave improvements in muscle strength and restitution time.)

The Academy of Sports study shows that YTE™ has an effect on the cortisol levels in the blood and the cellular uptake of testosterone. Clinical and animal studies provide sufficient documentation that YTE™ has a stimulatory effect on sexual lust and behavior – in the population in general as well as in patients experiencing a lack of sexual lust due to antidepressant medication.

Side effects
To date, there are no known Laminine side effects, except when a person has allergic reactions to eggs. Although in some conditions where side effects may arise, the benefits of Laminine, such as condition like CKD or Cancer, the protein FGF, is most beneficial in helping cells or organ repair itself.

This study was designed to ascertain the effect of the nutritional supplement, Laminine on cortisol levels in the body. During the experiment, 28 subjects, 16 women and 12 men, between the ages of 36 and 83 took part in the study. Salivary cortisol level content of each participant was measured prior to him/her taking part in the study. This figure is known as “pre-Laminine usage level.” The salivary cortisol level was also measured every fifth day three times throughout the study when each participant’s intake amount was changed.

Overall, study participants’ cortisol levels were reduced by an average of 23.7 percent, where 16 started on a higher intake of Laminine—four capsules, twice a day—and 12 started on one capsule twice per day. Participants that initially started on a higher intake of Laminine saw their cortisol level reduced significantly over the first four days as compared to subjects that began the study with a lower usage amount. However, at the end of the study, there was a small, although insignificant, the difference in favor of the high initial intake.

In order to study the effects on physical performance, muscle size etc a study was performed during the same period – also in Denver, Colorado. As creatine is widely used among bodybuilders, this substance was used as the placebo treatment, while a combination of YTE™ and creatine was used as active treatment. As the effects of creatine are known, this study can be regarded as a test against creatine (as placebo) and no treatment (given the documented effects of creatine).

The result of this showed that the addition of YTE™ gave a significant increase in motivation (mental effect) as well as a non-significant improvement in strength and muscle size. On this basis, we can conclude that YTE™ has a tendency to increase the effects of creatine in bodybuilding, i.e. a positive effect on strength and muscle size. (Ref. 6)

This study was designed solely with the aim of testing potential hormonal changes as a result of a large, single dose of YTE™ and showed that YTE™ may significantly reduce cortisol levels and improve the cellular uptake of testosterone – thus supporting the hypothesis that these hormonal effects may help explain the clinical effects seen. (Ref. 7)

Another Laminine clinical study was performed during the same period on 14 elite soldiers of the Norwegian Armed Forces into muscular strength, restitution time and quality of life, but the details of this study are missing. (At the time, Med-Eq was only partially involved in the process.) Further studies Med-Eq has sponsored two studies into the mood enhancing properties of YTE™.

These studies use the presently recommended dosage of four YTE capsules per day of 420 mg each.

Several studies have also been performed into the effects on memory enhancement, and the results of these studies are under processing with the intention of submitting to publications.

The amino acid entry into the cell via peptide transporters is more efficient for stimulation of protein synthesis than the entry in the form of just amino acids. Other possible mechanisms suggested by the authors for the increased wound healing with peptide versus nonpeptide diets include stimulation of collagen synthesis, increased blood flow to the wound, free radical scavenging, and generation of cytokine profiles which better support wound healing.