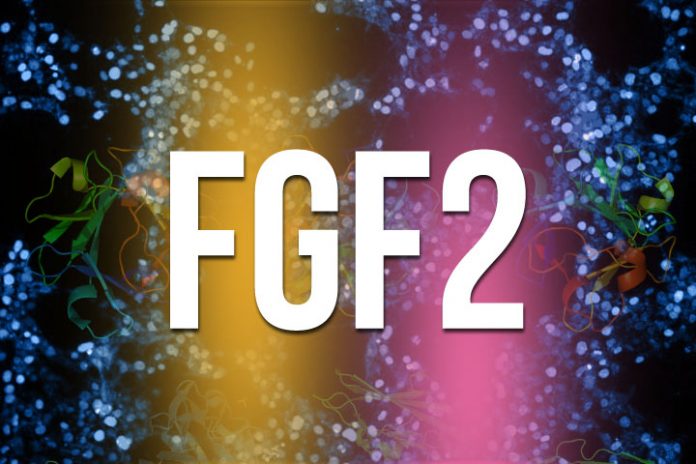 A cell has a natural cycle of living and dying. It’s an intelligent organism by itself with checkpoints . Cells can determine whether it’s in a healthy state and if it should divide (mitosis), or if it is damaged and should repair or kill itself or “cell suicide“. [A]

It’s still debatable if we all have (dormant) cancers in the body or maybe its just called something else. “Everyone has cells that have mutant proteins from DNA damage, but to say that that’s cancer, would be alarmist,” says Jennifer Loros, Ph.D. However the threat is real and science has not identified what signals cells to become a cancer cell.

Truth is, most cancer cells start small and if no agent will signal the cancer cell to stop, the tumor will develop. If the tumor metastasis and begin to affect organs – we die.

FibroBlast growth factor (FGF) is one component of Laminine that is unique as compared to what is available in the market. It is a signaling protein that tells a cell to fix itself by process of stem cell repair, though FGF by itself is not a stem cell therapy. “If the cell becomes abnormal (example cancerous), it voluntarily commits suicide because that cell will be useless in the body.

It’s said that cancer feeds on different forms of proteins such as nucleotides and amino acids found in various types of protein based food supplement. What makes Laminine unique is that its special proteins will not be utilized by cancer cells because of FGF which direct and signals cancer cells to commit suicide, not to regenerate.

If the abnormal cell continues to multiply, it will develop into a tumor which in turn develops into cancer cells. Left untreated will cause it to spread to other cells or organ (metastasis)” says Dr. Rhea Magalona, a resident doctor of Laminine in the Philippines.

FGF is likened to an architect or an army general that signal damage cells not to multiply and instead repair itself. This process of cell signaling the body is a direct communication between stem cell, cells, where amino acids also found in Laminine, are utilized. “Once the cell signaling is in place, the tumor or cancer will begin to shrink”, says Dr. Magalona.

“Cancer can occur when the normal checkpoints in the cell cycle are misregulated somehow and the [unhealthy] cell starts dividing,” Loros says. Usually, a powerful protein called P-53 will trigger tumor suppression if the damage is detected at the checkpoint, causing potential cancer to stop dead in its tracks.

“Once the cell signaling is in place, the tumor or cancer will begin to shrink”, says Dr. Magalona.

A checkpoint has to stop cancer cells from multiplying

About 5% to 10% of breast cancers are thought to be hereditary, caused by abnormal genes passed from parent to child, how then can you stop it? [B] Having other forms of cancer cells in the body that is not caused genetically is even more difficult to stop.

Assuming we have dormant cancer cells in the body, we do not know exactly how it is triggered or activated but popular belief is that its either genetic, diet, or chemical exposure that turns it on to multiply. Nonetheless, food supplements that contain FibroBlast Growth or FGF may help a lot.

A breakthrough research by Dr. Loros discovered that a powerful protein called P-53 will trigger tumor suppression if the damage is detected at the checkpoint, causing potential cancer to stop dead in its tracks. [C]

FibroBlast Growth Factor or FGF is a special protein that has the ability to signal cells or cell signalling to basically repair itself.

When FGF tells a cell to fix itself, it needs other proteins (amino acids) to complete the job. If the body is too weak, or such in the case of having a low immune system, the body finds it difficult which to fix first. If the nutrition or protein needed is also inadequate, stem cells in our body can’t do much to repair itself without adequate materials.

It is therefore important to isolate cancer cells, that are just forming at its early stage. Unfortunately, it is difficult to know if or when the cancer is still small enough to be isolated by taking a high dosage of FGF.

FGF is a special protein that has never been known to give false positive or error in signaling cancer cells to multiply. We know this because out of several clinical studies on FGF, each time it is administered, cell tumor actually shrinks, perhaps not always entirely but 99% of the time promotes cell proliferation of the good and healthy cells. [D]