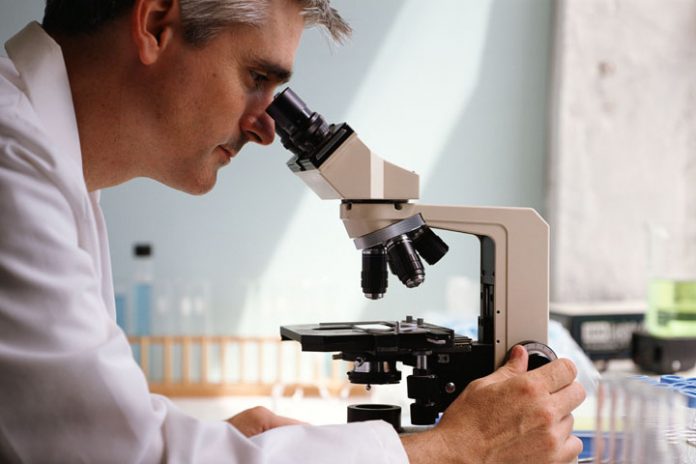 Subjects’ Hgb A1c (hemoglobin marker for blood sugar levels) were assessed at the beginning of the study and after 12 weeks taking two supplements daily. Eleven individuals participated in the study. Three subjects took a placebo, four subjects with slightly higher than normal Hgb A1c levels took two Laminine daily. Four subjects who were on blood sugar lowering medications that had been previously prescribed for them took two Laminine daily.

A pilot study was undertaken to observe a possible trend of the effects of Laminine, a dietary supplement, on normalizing blood sugar levels in subjects beginning to experience unhealthy blood sugar levels. Subjects’ Hgb A1c (hemoglobin marker for blood sugar levels) were assessed at the beginning of the study and after 12 weeks taking two supplements daily. Eleven individuals participated in the study. Three subjects took a placebo, four subjects with slightly higher than normal Hgb A1c levels took two Laminine daily. Four subjects who were on blood sugar lowering medications that had been previously prescribed for them took two Laminine daily. Although sample sizes were small, statistical evaluation using matched pairs T test showed that the group experiencing slightly higher than normal blood sugar levels were significantly down-regulated with supplementation.

The unit change in down-regulation of blood sugar was also statistically significant. No significant change was observed in the group that was also taking blood sugar medication with supplements. The results indicated that Laminine supplementation may have supported the normalization of blood sugar levels in individuals who are experiencing higher than normal blood sugar levels. A study is warranted to observe this effect in a larger population. No untoward side effects were observed in either group supplementing with Laminine for 12 weeks.[/vc_toggle]

[vc_toggle title=”METHOD” el_id=”tab2″]
All participants signed a voluntary consent form and were informed of the dietary supplement’s ingredients and safety. The Hgb A1c test was chosen to measure the effects of Laminine on normal blood sugar levels as opposed to other blood sugar tests because of its accuracy. Hgb A1c measures the percentage of hemoglobin (a protein in red blood cells that carries oxygen throughout the body) coated in sugar (glycated hemoglobin) over the previous 60-90 days. Therefore, it is not affected by short-term glycemic fluctuations (heavy meal, medications, etc.) that may impact the accuracy of other tests. The study lasted 12 weeks (84 days) in order to measure changes in Hgb A1c levels properly.

As the difference between healthy blood sugar levels and an increased risk for unhealthy levels can be as minute as 0.1 percent, even a slight drop in Hgb A1c levels proves beneficial for maintaining normal blood sugar.[/vc_toggle]

[vc_toggle title=”INTRODUCTION” el_id=”tab1″]Although metabolic syndrome was primarily a condition of middle-aged populations, it is becoming a condition of children, adolescents and young adults all over the world.[1] Its criteria are overweight, sedentary lifestyle, and “modern diets” of too much food and poor lifestyle habits. Obesity, which is part of the metabolic syndrome, is the fastest growing health-related problem worldwide. The urgent need for preventive measures aimed at reducing the significantly increased health risk is underscored.[2] The metabolic syndrome is an entity, made up of a cluster of cardiovascular risk factors, which increase the risk of future coronary heart disease, type II diabetes, and stroke.[2] The prevalence varies between countries but runs about 20 percent in most westernized cultures (i.e. 24 percent of the middle-aged population in Europe).3 Lifestyle has been closely associated with the development of metabolic syndrome, with diet and physical activity identified as two of the most important modifiable lifestyle factors, in this regard.

The physician provides the primary counsel to help turn these conditions around by discouraging high-fat diets, overweight and a sedentary lifestyle. Physicians welcome any additional tools they can use besides traditional pharmaceuticals to counteract high cholesterol, high blood pressure, unhealthy blood sugar levels and overweight. Besides encouraging low-calorie diets and adequate exercise, certain dietary supplements may support maintaining healthier blood glucose levels. Laminine contains two categories of supplemental ingredients. A substantial amount of egg from a nine-day fertilized egg is high in levels of particular growth stimulants and are antioxidants.

Of the three random participants in Group A, one experienced no change in Hgb A1c levels while the other two saw their levels rise over the 12-week period.

Each of the four participants in Group B (Laminine) experienced a down-regulation in Hgb A1c levels after 12 weeks, with the
greatest normalization exhibited in participant B2.
GROUP A (Placebo)
GROUP B (Laminine)
METHODS (continued)

The dietary supplement, Laminine is a proprietary blend of Fertilized Avian Egg Extract, Phyto proteins, and marine proteins. Together, this combination provides the body with all 22 amino acids, including both the essential and non-essential required for protein synthesis.

GROUP B and the two groups receiving Laminine were tested initially at week 0 before administration of placebo or dietary supplement and then at week 12.

The four subjects in Group B (at risk for unhealthy blood sugar levels) consuming two Laminine daily were evaluated using two sample matched pairs T test with a significant result (p=0.0273). Using one sample test, only on the differences, there was an average change of 0.475, which was also significant (p=0.0382).

The group of subjects who were experiencing blood sugar levels controlled by medication (Group C) consuming two Laminine daily was also evaluated using two sample matched pairs T test with no significant results. Both statistical evaluations assumed the data was normally distributed. Subject groups were extremely small, but each subject had measurements taken before and after 12 weeks of supplementation, therefore these differences could be evaluated.[/vc_toggle]

Metabolic syndrome often shows increasing levels of glucose intolerance. Measures to support persons who are overweight, have sedentary lifestyles and are showing higher than normal glucose levels but are not classified as diabetic, could possibly benefit from taking Laminine. Although the sample size was small, this preliminary investigation did show a significant difference between glucose levels before and after 12 weeks of supplementation with Laminine.

The difference in the Hgb A1c marker measurements before and after supplementation (a change of 0.475 units) was also statistically significant in Group B, adding additional credence of the noted effect. This preliminary evaluation shows the possibility that this supplement may have a beneficial effect towards helping maintain normal blood glucose in subjects at risk for developing high blood glucose and warrants further study with a larger population.

The statistical evaluation of Group C individuals, taking medicines for normalizing high blood glucose levels, illustrated safety of the supplement as it did not interfere with medication or alter significantly the measurements as a group. Only one subject showed a higher rather than lower effect while on the supplement. However, one participant in Group C had been taking insulin with Laminine at the start of the study, and per this participant’s personal physician’s recommendation had completely tapered off insulin and maintained stable blood sugar levels by the conclusion of the 12 weeks. All participants in Group B experienced a normalized down-regulation in Hgb A1c levels and three out of the four participants saw a positive change in their levels in Group C.

It is known that nine-day fertilized avian egg extract that is not denatured with heat processing could retain fibroblast growth factor (FGF) activity. Because growth factors react with receptor sites on somatic cells, this activity could support glucose absorption. Laminine also contains fish and vegetable protein, which may have an effect on glucose tolerance when added to the diet continuously. Continuing studies are warranted on clinical effectiveness and also on the mechanism of action of Laminine.