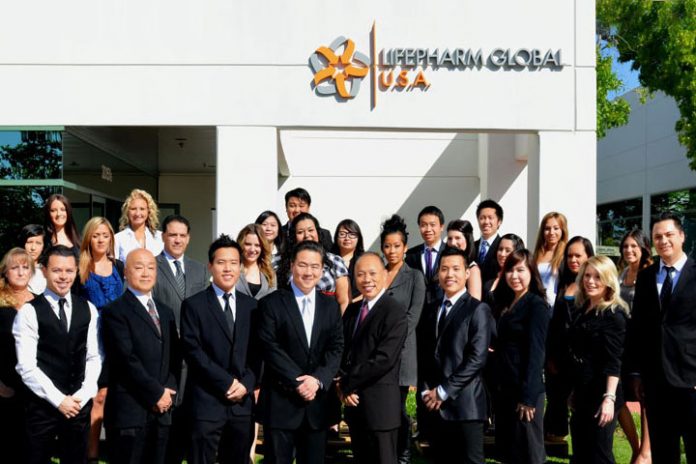 The Doctors behind Laminine

Dr. John Ralston Davidson was a doctor from Winnipeg, Canada to originally discovered Laminine’s core ingredient. His research in avian egg extract has resulted to several independent development on cancer and tumor research.

His original intention was to find a cure for his cancer patient. They recovered after treatment but Dr. Davidson died few years after. The research stopped.

LifePharm Scientific Research Advisor (In Memoriam January 15,1939 – June 28, 2015). The deep friendship between Dr. Eskeland and Wicky Suyanto (LifePharm CEO) evolved into a once-in-a-lifetime collaboration that yielded the unique product Laminine. Words alone cannot convey the magnitude of Dr. Eskeland’s service and contribution to LifePharm. We pay tribute to him for his genius, his generosity and his loyalty.

Dr. Edward Andujar, M.D. received his medical degree from Harvard Medical School in Boston, Massachusetts and completed his residency at Temple University Hospital in Philadelphia, Pennsylvania. Dr. Andujar brings over 26 years of practical experience to LifePharm in the area of Research and Product Development, Marketing and Medical Education, Alternative Care, and general as well as specialized medical practices. Dr. Andujar has hosted both television and radio shows to educate and inform the public on health issues and preventative health strategies.

Dr. Konstantinos Melahoures, M.D. received his medical degree from Aristotelian University Medical School in Thessaloniki, Greece and completed his internship and residency at Loyola Medical Center & Hines V.A. Hospital. He specializes in Urgent Care, Emergency Medicine, Trauma, Internal Medicine and Family Practice. Dr. Melahoures has overseen numerous drug trials and worked as an emergency room and trauma physician. He has spent over 25 years volunteering and training other medical doctors and technicians. Today, Dr. Melahoures is the Medical Director and Owner of Southland Family and Urgent Care, an active practice in Orange County, California.

Dr. Winda Olysia Panjaitan, M.D. received her medical degree at the University of Sumatera Utara in Medan, Indonesia. Afterward, she worked as an Internship Doctor at RSUD Porsea in Toba Samosir and at Puskesmas Rawat Inap Ajibata in Toba Samosir. She has served as a General Practitioner at three different medical centers and is currently an exclusive Scientific Advisory Board Member with LifePharm.

Dr. Hitendra Shah received his medical degree at the Dr. V.M. Medical College in India and then went on to work at Sion Medical College. In the U.S.A., he has worked at various hospitals in New York, serving as a House Physician and doing residencies in General Surgery and Radiation Therapy. After relocating to California, he completed a fellowship in Radiation Oncology at the University of California, Irvine Medical Center. He has worked at four general family practice facilities throughout southern California and runs Dr. Shah’s Wellness Center in Diamond Bar, California. Dr. Shah is currently an exclusive Scientific Advisory Board Member with LifePharm.

Dr. Gebrosky has a long-term interest and commitment to wellness. He earned his university B.S. degree in Biology prior to graduating from Logan Chiropractic College with a postgraduate in acupuncture. His interest in nutrition and sports medicine had led him to have notable sports celebrity patients such as the former heavyweight boxing champions of the world. He has owned and operated several successful clinics and has been featured in worldwide medical journals. In 2011 he was contracted to write and create the complete Chiropractic Course Curriculum “Complimentary & Alternative Medicine” for American Health Institute in Florida.

Click here to know more about Dr. Gebrosky at LinkedIn

Click here to know more about Dr. Davis at LinkedIn

He is a practicing chiropractor in the USA.

This highly rated health care program is the winner of over 100 national and international awards. The show is hosted by Roger Cooper with assignment reporters Lora Windsor and Kris Long.

The Most Trusted Source for FDA-approved Drug Labeling for Physicians and Prescribers. PDR has US-based MDs, DOs, NPs and PAs in full-time patient practice. PDR.net is used as a reference aid by Medical Doctors around the world.

The article gives a technical summary of Laminine’s clinical studies and its effect. PDR validates the claims of Laminine Food Supplement of its beneficial impacts on positive effects on memory, skin, libido, energy, joints, muscles, stress, sleep and emotional stability.

From 2010 to present, several medical conventions on FibroBlast Growth Factor (FGF) were conducted and participated by the large Pharmaceutical corporation such as Aveo, Genentech, Merck Serono, Sanofi Aventis, Amgen, and National Institute of Health (NIH).