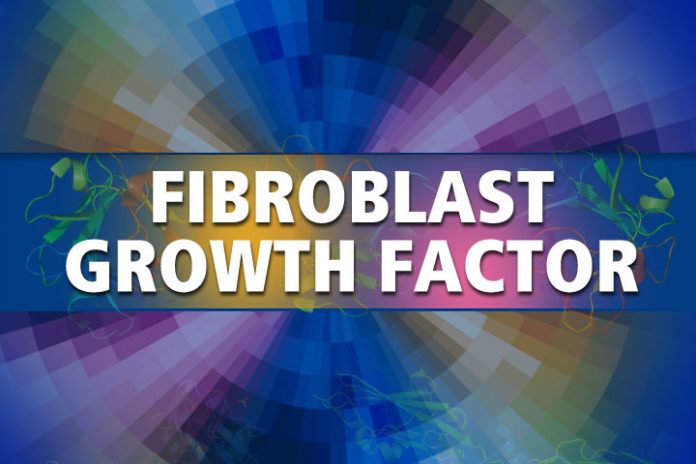 What is FGF or Fibroblast Growth Factor?

Fibroblast Growth Factor or FGF is not a stem cell therapy but has a “stem cell-like” behavior. FGF signals the cell or stem cells to repair or restore damaged or aging cells to its original state. Sources of concentrated FGF can vary from injectable vials or in the case of Laminine, from an avian egg during its embryonic stage. FGFs are key players in the processes of proliferation and differentiation of a wide variety of cell tissues.

Why is FGF important?

It was discovered in recent decades that FGF plays an important role in cell signaling and repair. In the evolution of stem cell therapy, FGF has become an important preparation before stem cells can actually be transferred to the body. Without FGF, the stem cells in the body will not know what to do or where to go.

In the 1930s, a compound that is essential in supporting embryonic development, later called Fibroblast Growth Factor (FGF), was responsible for the development and formation of important body parts of an embryo. The same principle applies in the human fetus. (Source: The embryo project)

While FGF is readily available in the human placenta, its availability to the human body diminishes over time and essentially vanishes as we age. Our body is incapable of producing its own FGF, so it must derive it from the food supply. (Ingredients review)

Introduction to the Clinical Study

Fibroblast growth factors (FGFs) are small polypeptide growth factors, all of whom share in common certain structural characteristics, and most of whom bind heparin avidly. Many FGFs contain signal peptides for secretion and are secreted into the extracellular environment, where they can bind to the heparin-like glycosaminoglycans (HLGAGs) of the extracellular matrix (ECM). From this reservoir, FGFs may act directly on target cells, or they can be released through digestion of the ECM or the activity of a carrier protein, a secreted FGF binding protein.

FGFs bind specific receptor tyrosine kinases in the context of HLGAGs and this binding induces receptor dimerization and activation, ultimately resulting in the activation of various signal transduction cascades. Some FGFs are potent angiogenic factors and most play important roles in embryonic development and wound healing. FGF signaling also appears to play a role in tumor growth and angiogenesis, and autocrine FGF signaling may be particularly important in the progression of steroid hormone-dependent cancers to a hormone-independent state

FibroBlast (FB) is the basic building block of fibrous tissue that includes the brain, nervous system, eye, blood vessels, heart, stomach, skin, liver, kidney, muscle & bone. The main function of FibroBlast is to maintain the structural integrity of connective tissues. Growth Factors (GF) are the most common cells of connective tissues in the body. The suffix “Blast” is used in cellular biology to denote a stem cell or a cell in an “Activated state of metabolism”.

Fibroblast growth factors or FGFs are a family of growth factors involved in angiogenesis, wound healing and embryonic development. The FGFs are heparin-binding proteins and interactions with cell surface associated heparan sulfate proteoglycans have been shown to be essential for FGF signal transduction.

FGFs are key players in the processes of proliferation and differentiation of a wide variety of cell tissues.

A detailed day‐by‐day study was performed in 1988 (A4, A11). Discovered only in the seventies, and also a peptide, this FGF is critical in the development of embryos, including humans. However, it is not found to be circulating in the human adult bodies.

EGF results in cellular proliferation, differentiation, and survival.[5] EGF is a low molecular weight polypeptide first purified from the mouse submandibular gland, but since then found in many human tissues including Submandibular gland and Parotid gland. Salivary EGF which seems also regulated by dietary inorganic iodine also plays an important physiological role in the maintenance of oro-esophageal and gastric tissue integrity. The biological effects of salivary EGF include healing oral and gastroesophageal ulcers, inhibition of gastric acid secretion, stimulation of DNA synthesis as well as mucosal protection from intraluminal injurious factors such as gastric acid, bile acid, pepsin, and trypsin and to physical, chemical and bacterial agents. [6]

CTGF (connective tissue growth factor) is a cysteine-rich, matrix associated, heparin binding protein. In vitro, CTGF mirrors some of the effects of TGH beta on skin fibroblasts such as stimulation of extracellular heparin matrix binding proteins. CTGF has important roles in many biological processes, including cell adhesion, migration, proliferation, angiogenesis, skeletal development, and tissue wound repair, and is critically involved in fibrotic disease and several forms of cancers.

The Role of Protein & FibroBlast (dnalc.org)

The matching receptor
(02:45 Minutes) Fibroblasts, like all your cells, have a fluid, outer membrane that regulates the flow of molecules in and out. The gray structures sticking out of the cell membrane are receptors for incoming signals. When the growth factor from the platelet (shown in purple and blue) encounters a matching receptor, it binds to it. A second receptor protein joins in, making the growth factor fit like a key in a lock. The binding of the growth factor causes the receptor to change shape. This change in the protein conducts the signal through the membrane and into the cell’s interior – the cytoplasm. You’ll see this better from inside the cell.

How it works
(11:48 Minutes) The released growth factors will communicate with other cells to continue the healing process. These growth factors will attract more fibroblasts to the wound site and remodel the clot for better healing. Other proteins produced by this signaling pathway will tell the fibroblast cell to grow and divide, making many new cells to heal the wound. With the cooperation of many different cells, damage to the injured knee can be quickly repaired. Every day, your cells communicate and cooperate to keep you healthy. They act and interact; they grow, divide and die; all through the amazing language of cell signals.

Active metabolism
Fibroblasts and fibrocytes are two states of the same cells, the former being the activated state, the latter the less active state, concerned with maintenance and tissue metabolism. Currently, there is a tendency to call both forms fibroblasts. The suffix “blast” is used in cellular biology to denote a stem cell or a cell in an activated state of metabolism.

In recent years, the popularity of Fibroblast Growth Factor (FGF) into the mainstream has brought together this time Pharmaceutical company who wants to incorporate the ingredient into their drugs or medicine.

From 2010 to present, several medical conventions on FGF were conducted and participated by the large Pharmaceutical corporation through the Gordon Institute, such as Aveo, Genentech, Merck Serono, Sanofi Aventis, Amgen, and National Institutes of Health (NIH).

Reason to believe in FGF

A simple Google search for FGF will give you a result to several white papers and clinical studies on the subject. Example:
Journal Frontier: FGF2 activates TRPC
http://journal.frontiersin.org/Journal/10.3389/fphys.2014.00038/full
FGF2 fibroblast growth factor 2 in Homo sapien: This protein has been implicated in diverse biological processes, such as limb and nervous system development, wound healing, and tumor growth.
http://www.ncbi.nlm.nih.gov/gene/2247
PNAS: FGF-2 regulation of neurogenesis in adult hippocampus after brain injury
http://www.pnas.org/content/98/10/5874.abstract
NCBI: Fibroblast growth factor-2-induced cardio protection against myocardial infarction
http://www.ncbi.nlm.nih.gov/pubmed/22304432
SBRC: The role of FGF-2 in Acute and Chronic Cardiac Response to Injury
http://www.sbrc.ca/ics/faculty/dr-elissavet-kardami/

→ How is FGF helpful to humans?
→ Known side effects of Laminine