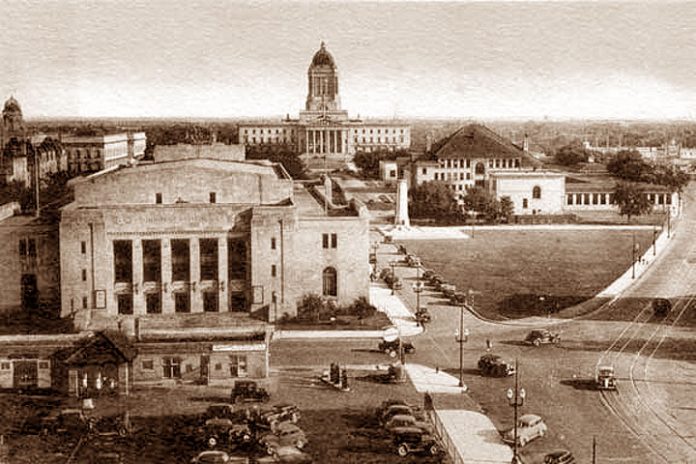 The story of Fertilized Avian Egg Extract or FAEE began in 1929 when Dr. John Ralston Davidson, a Doctor from Canada discovered a way to extract the ‘life-essence’ of a nine-day-old fertilized avian egg. Dr. Davidson was intent on finding a cure for his cancer patients. He was confident that the egg tissue extract can help heal his patients.

Born at St. Philippe d’ Argenteuil, Quebec on May 29, 1870, he was a keen athlete and persevered in these studies. After studying at Johns Hopkins University he returned to practice medicine in Winnipeg. The discovery of Dr. Davidson was highly controversial. The treatment for cancer involving a high-vitamin diet even became a subject of the House of Commons debate in 1944. His treatment was subsequently investigated by a four-man medical commission appointed by the province later in 1944, which discounted its efficacy.

MLA Lewis St. George Stubbs took up Davidson’s case in the Manitoba legislature, lambasting the commission for its procedures. They questioned the outcome of the investigation. Unfortunately, Davidson died on April 15, 1948 (1943 on other documents), and his research and development rested for decades.

Although he and Dr. John Ralston Davidson never met, their contribution to egg research is shaping how scientists understand the benefits of taking Fertilized Avian Egg Extract that contains Fibroblast Growth Factor or FGF.

Dr. Eskeland was an expert on egg research and would later be known as the ‘Founder of Young Tissue Extract’ or YTE. Using past studies of Dr. Davidson, he hypothesized that fertilized avian eggs contained a special combination of amino acids, peptides and protein fractions that could help provide an incredible array of health benefits when consumed by humans. This included vitamins, minerals, and proteins, as well as important defense elements, growth factors, hormones and other biologically active components.

He spent a great deal of his professional life working in the egg industry during the 1990s. He teamed with Nils Christian Mortensen, a marketing expert from Norway who was into health supplements. They developed a better way to extract the special protein from partially incubated hen eggs. They began testing the extract on human subjects with very positive results.

In 2006, he published his research on Young Tissue Extract and branded it as YTE®. However, this business venture did not fully materialize until many years later. He partnered with Amerikal Nutraceuticals Corporation, a company based in the USA that supplies raw materials for health supplements. [Needs authentication] Likewise, Mortensen had his own patented YTE that was sold from Norway through Med-eq, which was also a supplier of raw materials for health supplements.

Replacing YTE with FAEE in 2012

When Laminine was globally introduced in 2011, the base ingredient YTE was sourced from Med-eq. The company was having difficulties supplying one of the raw materials for Laminine and this was not good business. It was then LPGN invited Dr. Bjodne Eskeland, the founder of YTE and worked with other scientists in LPGN to produce Fertilized Avian Egg Extract or FAEE.

One of LPGN’s flagship products Laminine Food Supplement provides a powerful ingredient combination of oligopeptides under the formula OPT9™. The success of LifePharm’s Laminine where Dr. Eskeland was a consultant, proved to be the most successful version of the Young Tissue Extract known as Fertilized Avian Egg Extract or FAEE, and Eskeland has lived to see it happen.

The success of LifePharm’s Laminine where Dr. Eskeland was a consultant, proved to be the most successful version of the Young Tissue Extract known as Fertilized Avian Egg Extract or FAEE

A team of scientists lead by Dr. Alex Martin, a leading doctor in the study of nutritional supplements, at the LifePharm® Institute of technology went to work to develop the perfect supplement. Using PESE as a base ingredient, we looked at the symptoms caused most by our diets and environment and then looked to “supercharge” the PESE for modern-day use.

Skin and hair health, moods (depression), memory loss, fatigue, and cardiovascular health are most affected by today’s lifestyle. These individual symptoms and how Laminine™ addresses them are covered later in this booklet.

Laminine discovery forms part of having a perfectly balanced and natural transport mechanism. PESE role as the strong director gives users assurance that the added amino acids will find their way to the areas where our body needs it. It will also be guided to perform their proper function effectively and efficiently.

Added to Laminine are amino acids that provide healthy skin, hair, memory function, and cardiovascular health. These come from natural plant protein and marine protein or known as sea vegetables. The combination of these ingredients (together with FAEE) forms a powerful and symbiotic base ingredient called OPT-9.

OPT9™ Does wonders to our aging cells. It helps to restore energy that is best felt by the elderly or those recovering from a serious illness, mental stress, depression, or recovery from surgery or surgical operation.

Origin of the word Laminine

Laminine comes from the word Laminin (found in our cells), and the number Nine, which represents the 9th day of extraction of nutrients from an avian egg. Laminins are major proteins in the basement membrane of a cell which is a protein network foundation for most of our cells and organs. The cross-like shape Laminins has very important functions influencing cell differentiation, migration, and adhesion.

The number nine in Laminine represents the 9th day when Fiber Growth Factor or FGF is best extracted from an egg. FGF directs nutritional building blocks such as amino acids and stem cells, to where our body needs repairing, or rejuvenation brought about by pollution, bad habits and poor diet.

Today, LPGN is led by Dr. Edward Andujar, M.D. who continues to lead the team into developing life to change supplements. He received his medical degree from Harvard Medical School in Boston, Massachusetts and completed his residency at Temple University Hospital in Philadelphia, Pennsylvania.

Dr. Andujar brings over 26 years of practical experience to LPGN in the area of Research and Product Development, Marketing and Medical Education, Alternative Care, and general as well as specialized medical practices. Dr. Andujar has hosted both television and radio shows to educate and inform the public on health issues and preventative health strategies.

Laminine Country with Direct Delivery as of 2020

Laminine Direct Delivery to Europe as of January 2020