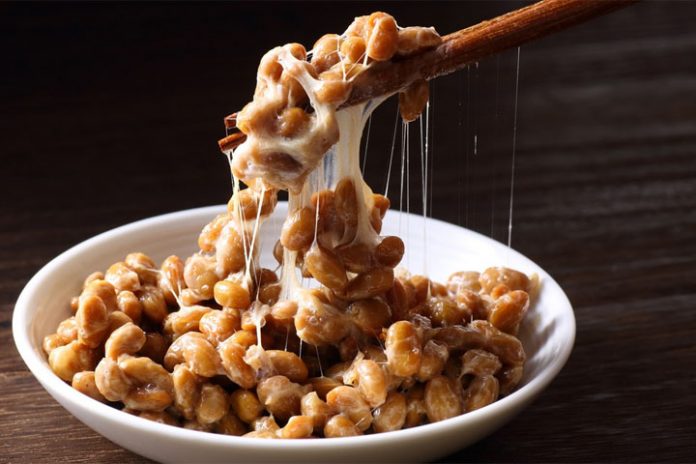 Vitamin K refers to a group of fat-soluble vitamins the human body needs to control binding of calcium in bone and other tissues. Low levels of vitamin K also weaken bones and promote calcification of arteries and other soft tissues.

Little is known about Vitamin K even when it was identified in 1929 by Danish scientist Henrik Dam. The new vitamin received the letter K because the initial discoveries were reported in a German journal, in which it was designated as Koagulations vitamin.

Vitamin K is for everyone not just for elderly who suffers from osteoporotic bone health. Regardless of age, Vitamin K is essential to everyone. Youngsters develop bone tissue during their growth years until reaching adulthood. Adults and older people are often predisposed to falling because of bone fragility or loss of balance.

Falling is traumatic and depending on which part of the body cushions the fall—whether the vertebrae or long bones of the legs, hip, arms, or wrist—it can be very damaging and painful. Now more than ever before, Vitamin K is one ingredient that is being recognized for bone health.

Vitamin K deficiency may be more common than previously thought. Data from 200 elderly people (men and women with an average age of 67) showed that high dietary intakes of vitamin K were associated with higher measures of bone mineral density and higher scores from ultrasound testing for bone density. [1]

The study showed that those who consumed more vitamin K had superior bone properties.

An increase in dietary vitamin K intake was significantly related to lower losses of bone mineral density and smaller increases in the porosity and elasticity attributed to aging or osteoporosis. This helps to explain the previously reported protective effects of vitamin K intake against osteoporotic fractures. [1]

Furthermore, Osteocalcin is a vitamin K-dependent protein, which is essential for the body to utilize calcium in bone tissue. If vitamin K is deficient in the diet, this protein that helps incorporate calcium into the bone matrix remains inactive.

1. Vitamin K1 (phytonadione) is found in green leafy vegetables such as lettuce, broccoli, and spinach. K1 makes up about 90 percent of the vitamin K in a typical Western diet.

2. Vitamin K2 (menaquinones) is naturally-occurring in animal-based foods but only makes up about 10 percent of the vitamin K consumed in a Western diet. This type of vitamin K can be synthesized by gut microflora1 and is a fat-soluble micronutrient.

Vitamin K2 is incorporated into the base formula of Laminine OMEGA+++, the exclusive LPGN omega 3, 6 and 9 formula that is enhanced with borage oil, Fertilized Avian Egg Extract, gamma linolenic acid and our unique micro-active CoQ10.

The vitamin K2 contained in Laminine OMEGA+++ is naturally sourced from fermented soybeans.
A traditional Japanese dish made from fermented soybeans is called Natto, and is associated with major health benefits including decreased blood pressure and reduced incidence of osteoporosis. Subsequent clinical and population-based studies found that these benefits were largely attributed to the fact that Natto was full of vitamin K2. [2]

As noted by the American Health Journal, Laminine OMEGA+++ primarily addresses circulatory health; however, the beauty of its unique formulation is that it delivers so many other benefits, of which bone health is one. Vitamin K2 redirects calcium deposits out of the blood vessels and arteries, which improves circulation in the body, but this unrecognized ingredient also supports bone health and helps decrease the risk for osteoporosis, even more reason to incorporate it into every day regimen. When taken in Laminine OMEGA+++, you are guaranteed a vitamin K2 that is highly bioavailable and stable, allowing the body to absorb and utilize it for optimum effectiveness.

Vitamin K for plaque clearing
Vitamin K is not limited to bone health but also helps clear out blood vessels. Vitamin K2 is important because it helps in the formation of several factors that help prevent over-mineralization of calcium and phosphorous in the blood, as well as tissues of the body such as the blood vessels and arteries.

Although we know that both calcium and phosphorous are important minerals to bone health, they must be in proper concentrations and be able to be dissolved to be delivered to the bones. The activity of muscles, bone growth and re-depositing of minerals into the bone depend on these minerals. [5]

Vitamin K2 also called menaquinone (MK7 which Omega contains), which is made by the bacteria ( an example is the Natto dish) that line your gastrointestinal tract. This vitamin goes straight to your blood vessel walls, bones, and tissues other than your liver.

Dr. Kate Rheaume-Bleue, a naturopathic physician, estimates that about 80 percent of Americans do not get enough vitamin K2 in their diet to activate their K2 proteins to shuttle the calcium where it needs to be and remove it from the places where it shouldn’t be. Vitamin K2 deficiency leaves you vulnerable to a number of chronic diseases that includes:
1. Osteoporosis
2. Heart disease
3. Heart attack and stroke
4. Brain disease
5. Cancer
6. Inappropriate calcification, from heel, spurs to kidney stones

“Vitamin K2 is really critical for keeping your bones strong and your arteries clear” according to Rheaume-Bleue.

Vitamin K2 has been hailed as the new Vitamin D of our times. Since not everyone is too keen on getting this vitamin from fermented food sources, the best alternative, of course, is to take it as a supplement for your bone health, particularly to help prevent osteoporosis.