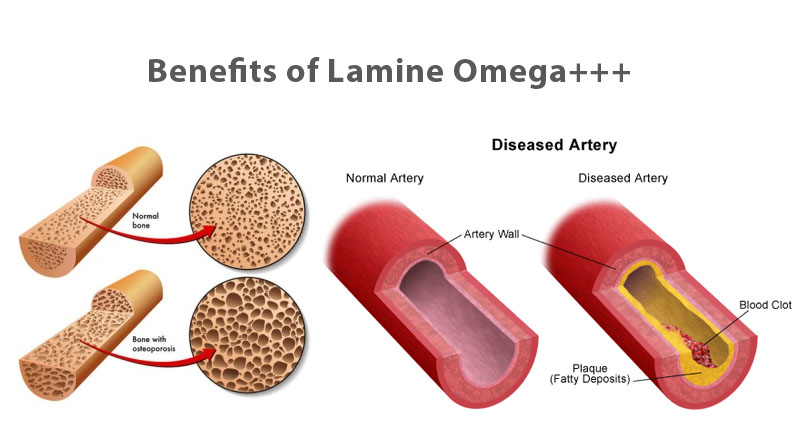 Omega-3 fatty acids are found in fish, including algae and krill but can be taken conveniently as a food supplement in capsule form. Also known as polyunsaturated fatty acids (PUFAs), omega-3 fatty acids play a crucial role in brain function, as well as normal growth and development.

Research shows that omega-3 fatty acids reduce inflammation and may help lower risk of chronic diseases such as heart disease, cancer, and arthritis. Omega-3 fatty acids are highly concentrated in the brain and appear to be important for cognitive (brain memory and performance) and behavioral function. In fact, infants who do not get enough omega-3 fatty acids from their mothers during pregnancy are at risk for developing vision and nerve problems. Symptoms of omega-3 fatty acid deficiency include fatigue, poor memory, dry skin, heart problems, mood swings or depression, and poor circulation. (Source: UHN)

Several studies show that fish oil supplements reduce triglyceride levels. Walnuts, which are rich in alpha linolenic acid or ALA, which can convert to omega-3s in the body, have been reported to lower total cholesterol and triglycerides in people with high cholesterol levels.

Several clinical studies suggest that diets rich in omega-3 fatty acids lower blood pressure in people with hypertension. An analysis of 17 clinical studies using fish oil supplements found that taking 3 or more grams of fish oil daily may reduce blood pressure in people with untreated hypertension. Doses this high, however, should only be taken under the direction of a physician.

Heart disease in the United States represents a continuing crisis of epidemic proportions, with nearly 960,000 individuals dying from heart disease and stroke each year. [1] The statistics show one out of four will have heart disease.

1. Cardiovascular disease (CVD) has been the leading cause of death in this country every year since 1900, with the exception of 1918, the year of the great influenza epidemic.[1]
2. Heart failure is an epidemic in healthcare worldwide, now including Asia.[2]
3. Although often perceived as a disease of older age, approximately 50 percent of CVD diagnoses and 15 percent of CVD deaths are in patients under 65 years of age.[1]

Of greater significance, many young adults with no clinical evidence of CVD have two or more risk factors that predispose them to subsequent clinical events and death over the course of several decades. In apparently healthy young people, these risk factors usually go unrecognized and untreated.[2]

Young people are not as inclined to eat much fish, regular or high omega-fatty fish.

Some types of fish contain high levels of mercury, PCBs (polychlorinated biphenyls), dioxins and other environmental contaminants. For instance, canned tuna is not recommended more than twice weekly, because of its mercury content. The American Heart Association recommends eating fatty fish at least two times a week to obtain partial health benefits from omega-3s and omega-6s and recommends taking an omega supplement to reduce the risk of heart disease. Many studies now indicate benefits of consuming one to four fish oil capsules per day.

The chart below shows the amount of EPA + DHA (omega-3 fatty acids) contained in a serving of various fish and shellfish. The daily use of a dietary supplement is the easiest and most logical solution. Laminine OMEGA+++ comes to the rescue with omega-3 fatty acids sourced exclusively from the Engraulis Ringens, a member of the anchovy family that has the highest occurring ratios of EPA and DHA of any fish species, from the pristine waters off the coast of Peru. LifePharm Global takes it a step further by purifying the fish oil to remove any possible contaminants.

According to the most recent statistics, if all forms of major CVD were eliminated, life expectancy would rise almost seven years.1 Many risk factors are modifiable, and compelling evidence indicates that a major proportion of the current CVD burden is either totally or partially preventable. Data from the Nurse’s Health Study, for example, suggest that women who maintain a desirable body weight, consume a healthy diet, exercise regularly, avoid smoking, and drink alcohol in moderation reduce their risk of CVD by 84 percent. Yet only 3 percent of the women studied followed these recommendations, which points to the need for more effective public health messages, and changes in the health care system that promote prevention.

In a recent survey, three-quarters of the cardiologists who recommended supplements for heart health said that if they had to choose one dietary supplement to specifically support cardiovascular health, they would select omega-3 fatty acids. New research also supports their decision. A multi-ethnic study, published in the Journal of the American Heart Association, suggests that omega-3s not only reduce cardiac threats but do so by as much as 51 percent.

The U.S and Canadian governments have now selected omega-3s as nutrients worthy of the in-depth review process for setting a Dietary Reference Intake (DRI). Up until now, neither the FDA nor the Institute of Medicine has gone through the elaborate process of establishing any nutrient content claims for DHA and EPA. It is good to know that our health organizations are going forward for particular nutritional ingredients now found to be effective towards heart health.

The largest study that first ascertained there could be a strong association for omega fatty acid supplementation was designed to evaluate 11,324 patients who were receiving conventional heart medication after experiencing a recent heart attack. The purpose of the study was to observe if fish oil supplementation could support the prevention of a second heart attack.

The exceptional Laminine OMEGA+++ formula contains other ingredients that are also beneficial for heart health.

CoQ10 is a hard-working ingredient. CoQ10 supplementation is good for the heart to keep the energy reactions optimal. Here’s why: The heart is a highly active muscle, which works continuously. Highly functioning cells contain more mitochondria than regular cells. They work much harder and need more cellular energy; the mitochondria provide this additional energy.

CoQ-10 is a cofactor found in the mitochondria, which keeps the energy reactions functioning at their highest capacity.[7]
Another ingredient in the Laminine OMEGA+++ formula that is shown to reduce the risk of heart disease is vitamin K2. Research is showing an alarming deficiency in the population for vitamin K2.

Typical Western diets such as in the USA, Canada, and countries like UK, Australia and New Zealand, only provide about 10 percent of what we need to reach a recommended daily allowance for vitamin K2. 5,6 The vitamin K2 in Laminine OMEGA+++ is from a uniquely fermented soybean product called Natto. It is highly bioavailable and this assures that it will be absorbed so the body can utilize it.

Do you want to live long or risk premature death?

Common sense dictates that people of all ages should eat plenty of fresh fruit and vegetables, decrease consumption of hydrogenated fats and sugar, exercise regularly and get plenty of rest in order to maintain heart health and overall health. There is more than enough evidence that good behavior alone is not enough for many segments of the population, as heart disease continues to kill at a startling rate.