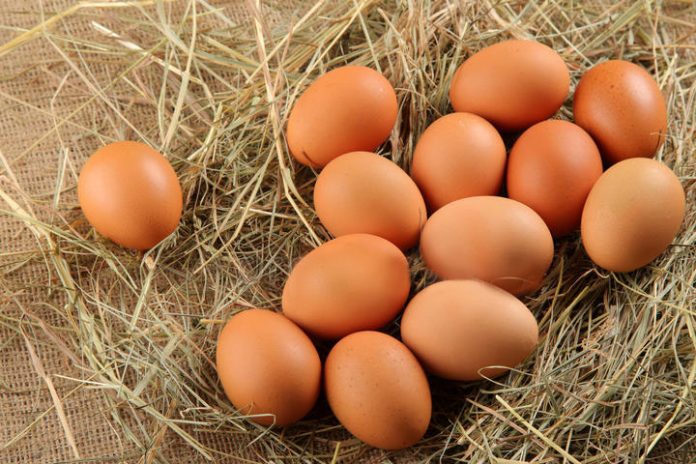 Nils Mortensen was the founder and Marketing Director of Med-Eq in Tønsberg, Norway in 1984. He is an Engineer, but also an innovator and a marketing genius that has helped develop life-changing health products distributed among Scandinavian countries. He is best known for his collaboration with Dr. Bjodne Eskeland in developing Young Tissue Extract or YTE® in the 1990s.

The YTE patent in 1994
According to Mortensen, the Young Tissue Extract was invented by the Norwegian government, through the Institute of Food Research. He claims that he bought the patent in 1994, but more information is needed to verify the registration because Eskeland, the founder and former partner of Mortensen also claim a patent on YTE.

YTE® is the most documented product in Norway according to Mortensen.

“It’s very difficult and expensive to conduct clinical studies, but has at least three published and several unpublished documents on how it works for depression, stress, and the first study on sexual dysfunction,” said Mortensen. “Everything you need in life for nutrition is in eggs”.

Mortensen was co-owner of Medeq company, who developed several food supplements like YTE®, Skinage, 30 Days Plus Waistline, and AminoBoosters. However the company and its products were bought by another Norwegian company, Immitec Norge AS. Immitic now supplies the YTE component for other companies that have put up their own YTE brand.

In 2017, the production and distribution of YTE® moved to the United States through an agreement between Berg Imports LLC and Immitec Norge AS.

What is Young Tissue Extract or YTE?

Young Tissue Extract (YTE) is a powdered protein derived from extract of healthy, pre-embryonic fertilized hen eggs that has been clinically proven to provide a great four-fold benefit to human health: Increased sexual health and desire; a remarkable increase in energy and stamina; a boost in muscle strength for athletes, and benefits to promote relaxation.

YTE® contains a natural combination of potent amino acids and glycopeptides, which are enriched in the period immediately after the egg is fertilized, and are extracted from the egg at the peak of potency to capture all the tremendous health-giving potential with no adverse side effects.

These substances help regulate or normalize the production of testosterone in the body and reduce cortisol, the stress hormone. The result is increased sexual desire, more energy and stamina and a greater feeling of well-being for both men and women. YTE® improves sex life, increase energy levels, builds muscle strength, and enhance the feeling of well-being.

There are controversies to the claim who actually discovered YTE. The fact is Nils Mortensen and Dr. Bjodne Eskeleand worked together to product YTE. The confusion began in early 2015 when Mortensen endorsed a product that uses YTE where he claimed YTE as his own. Dr. Eskeland passed away the same year.

However, before he died, Dr. Eskeland said he claims the discovery as his own initiative with the help of Mortensen who had access to some of the equipment used.

“I hypothesized that there existed in incubated and fertilized eggs a special protein fraction that could help increase and enhance the human body’s natural testosterone production, naturally, without testosterone supplementation,” said Dr. Eskeland.

“I then teamed with Nils Christian Mortensen, and we developed the procedure to extract this special protein from fertilized eggs. Once the procedure was perfected, we began testing the extract on human subjects, with very positive results.” (Source: YTE Brochure 2006)

Dr. Eskeland is credited with developing this extract which he called Young Tissue Extract or YTE. He published his book on YTE in 2006. He is considered as the “Father of YTE”.

Credit to Dr. John Davidson and his egg extract Dr. Bjodne Eskeland credits the scientist who first discovered the extract – Dr. John Ralson Davidson, a native of Winnipeg. Davidson was plagued with intrigue perhaps pressured by politicians who were dictated by large pharmaceutical companies to discredit the discovery.
The egg extract can easily discredit new formed drugs and medicine against cancer during that time. In fact it, was during this period that chemotherapy was introduced by the USA and scientists, particularly from Europe tried to research on alternative cancer cure as they were against this form of treatment.

A TV documentary in 1997 was featured by CTV Toronto saying that the discovery of Dr. Davidson helped his patient recover from cancer. Unfortunately, Dr. Davidson died early refusing to patent the formula so he can share it with the world. Some 50 years, Dr. Eskeland came into the picture and the YTE or Young Tissue Extract was patented.

Credit to Dr. John Davidson and his egg extract Dr. Eskeland also believed in the power of protein from fertilized eggs to enhance human health. He spent a great deal of his professional life working in the egg industry in Norway. In the 1990s, in reference to where Dr. Davidson left, he hypothesized that incubated and fertilized eggs contained a special protein fraction that could help increase and enhance the human body’s natural testosterone production, without supplementation.

He did further research and studies on egg nutrition and teamed with Med-eq’s Nils Christian Mortensen. Mortensen had access to equipment, and both were intent on introducing a natural food supplement made from eggs.

“I then teamed with Nils Christian Mortensen, and we developed the procedure to extract this special protein from fertilized eggs. Once the procedure was perfected, we began testing the extract on human subjects, with very positive results” – said Dr. Bjodne Eskeland”. (Source: Norway’s Anti-aging Miracle)

Bjodne Eskeland, the proponent, and founder of the fertilized avian egg extract helped LPGN to develop a newly improved, second-generation process of YTE, exclusively for LifePharm Global Network. Together with LPGN scientists, they created a better technique to control the integrity of the products that resulted into:
1. A better YTE formula using the patented Hygienic Evaporative Cooling Process.
2. An ideal mix of FAEE combined with other ingredients to create the OPT9 blend, which is far superior to YTE alone.
3. Production and sourcing of raw materials were consolidated in the USA for quality and traceability.

The incubated Fertilized Avian Egg Extract (FAEE) contained in the superior OPT9 patent formula of Laminine Food Supplement is unique and far more superior than YTE. FAEE is added to the efficiency of the final ingredient formula. This patented process cannot be copied by anybody else. Just like a good cappuccino, it’s not a number of coffee beans that makes the taste, it’s the blend of coffee beans and other ingredients, at the right temperature and right timing, that affects the result.

The process of extraction has been reinvented and innovated since it was first conceptualized and extracted in 1929, and just before Dr. Eskeland died, he was able to formulate a better YTE than he did previously.

Why OPT9 is more superior than YTE
The comparison between OPT9 and pure YTE is like comparing apples and oranges. Every step of OPT9’s manufacturing process adds to the efficiency of the formula, that cannot be copied by anybody else. Although both works similarly, Laminine’s OPT9 formula remains more superior.

The drying technology LPGN uses ensures that every batch retains the integrity of all the nutrient contents of the fertilized eggs. Heat & freeze drying, which was previous methods of the past, have been shown to degrade ingredients and “denature proteins.” (Denature proteins are low-quality peptides)